Particle physics is the study of the smallest constituents of matter and the four fundamental forces between them. 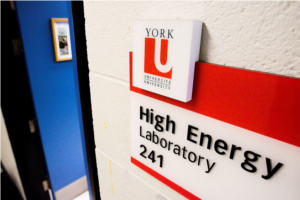 Our current understanding is that the world is made up of six quarks and six leptons, each apparently grouped into pairs, forming three similar families of matter. Research shows that quarks and leptons do not have any substructure, that is, that they are the fundamental particles. Each of these particles is partnered with an antiparticle with the same mass but the opposite charge.

The standard theoretical model of particle physics does not explain why these particles appear in three families, nor does it predict the particle masses. At a cosmological level, we do not understand why the universe appears to be dominated by matter as opposed to antimatter, nor do we understand the source of the dark matter that represents 23% of the matter in the universe. Perhaps there are particles we have yet to discover.

To help answer these questions, we need to go back to the Big Bang, when the universe was minute and the temperatures and densities of matter were enormous. Particle accelerators are the tools we use to recreate the conditions of the universe shortly after the Big Bang. 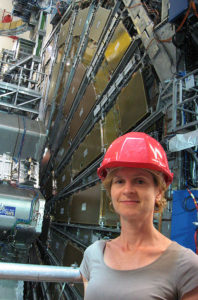 I am a member of the ATLAS experiment at the Large Hadron Collider at CERN, in Geneva, Switzerland. The Large Hadron Collider is the world's highest energy accelerator, smashing protons at a collision energy of 13 TeV. The ATLAS experiment, an international collaboration of 3000 physicists from more than 170 universities and laboratories in 38 countries, has a large Canadian effort.

On July 4, 2012, ATLAS, and its competitor experiment CMS, announced the discovery of a new particle. This particle has a mass of 126 GeV (equivalent to the mass of 126 protons) and appears to have the properties of the Higgs boson, a particle postulated to be the reason why some particles have mass while others, like the photon, are massless. ATLAS continues to study the properties of this new particle to see if it is indeed the Higgs boson or perhaps it is just the first of a new class of particles.

My own research focuses on the search for magnetic monopoles at ATLAS. All magnetic objects that have ever been observed have a north pole at one end and a south pole at the other end. A magnetic monopole is a particle postulated to carry only a south or a north pole. If a magnetic monopole exists, theory shows that this would explain why there appears to be a fundamental unit of electric charge. That is, it is apparently not possible to have an electric charge smaller than that of an electron. This is one of the outstanding mysteries in particle physics today! 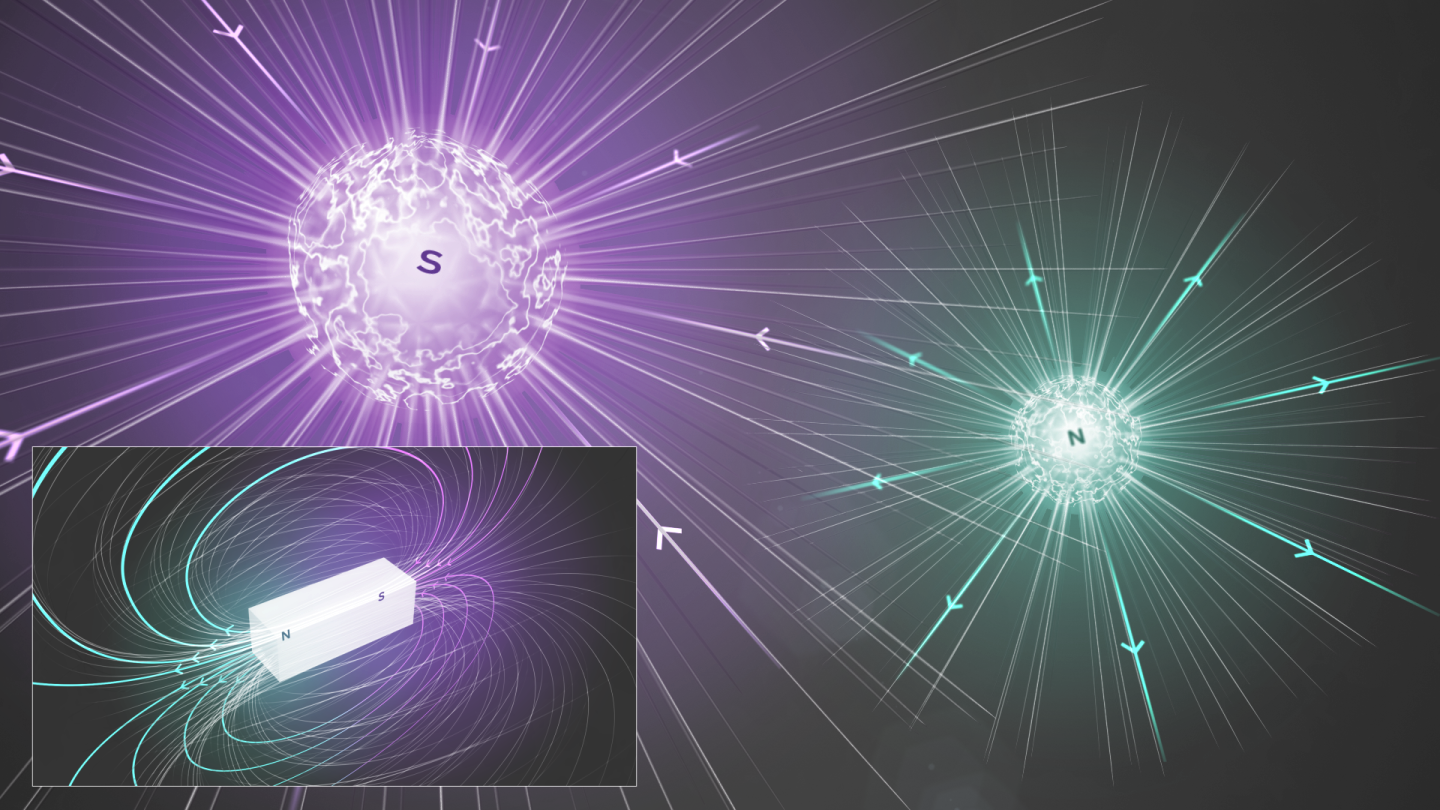 We have studied the 7-TeV and 8-TeV data, and the 13-TeV data collected in 2015 and 2016. So far, we have seen no sign of magnetic monopoles. We are just now looking at the rest of the 13-TeV proton-proton collision data, collected in 2017 and 2018. Moving forward, we're really excited about a new possibility of searching for magnetic monopoles in the collisions of lead ions! 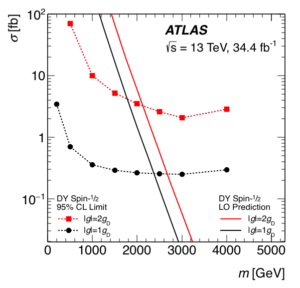 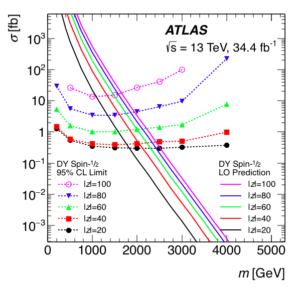 On the hardware side, my group is working on the ATLAS Inner Tracker (ITk) upgrade project. Our main focus has been research and development on the sensor electronics fabrication for the endcap strip detector. We work particularly closely with the University of Toronto ATLAS ITk team. 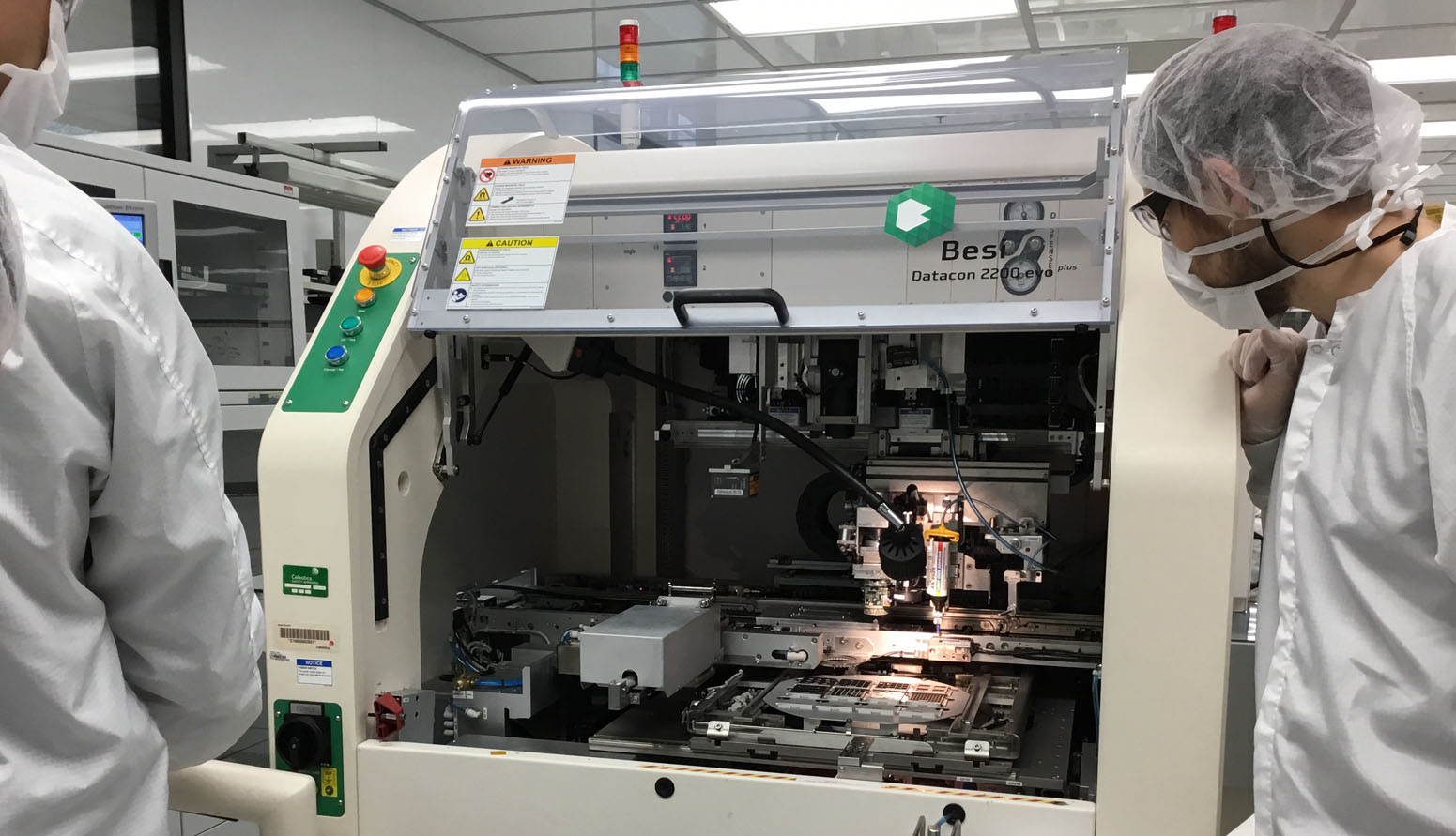 My electronics test and development laboratory, funded by a generous grant from the Canadian Foundation for Innovation, includes the state of the art equipment necessary for such leading-edge electronics projects.