My research as a member of the DØ experiment at the Tevatron proton-antiproton accelerator at Fermilab was focused on the studies of the b quark, one of the six quarks that are the fundamental components of matter, e.g., protons and neutrons, as described by the Standard Model of Particle Physics. At the Tevatron, we could study B0s mesons, composite particles containing both a b quark and an anti-s quark, or vice-versa. The properties of this rare meson make it an excellent tool for probing the interactions between matter and forces at the subatomic level. Knowledge of the b quark is crucial for studying the Higgs boson, as one of the most readily identifiable decay signatures of the Higgs boson is a b-anti-b quark pair.

One important physics phenomenon one can study using B0s mesons is that of charge-parity (CP) violation. Charge-parity is one of the fundamental symmetries that nature is expected to obey most of the time. CP violation is observed in the natural world as a preponderance of matter over antimatter, which is one of the most burning mysteries in particle physics and cosmology today. Current measurements suggest that Standard Model sources of CP violation cannot account for the observed matter-antimatter asymmetry. The York DØ group searched for CP violation in B0s meson semileptonic decays.

Particle-antiparticle mixing, where a particle spontaneously converts into its antiparticle, was observed at the Tevatron in the B0s meson system. The oscillation frequency depends on the mass difference between the two CP eigenstates, which are linear combinations of the flavour eigenstates. A measurement of the time dependence of the transition yields this mass difference. To measure this transition, the flavour of the B0s at production and decay must be known. An observation of mixing is interesting in its own right, but it also provides a constraint on the source of CP violation within the Standard Model of particle physics. I was a primary author of the most highly cited experimental particle physics paper in 2006, in which DØ reported the first direct (upper and lower) limits on the B0s oscillation frequency.

A powerful and flexible trigger is of critical importance to the successful completion of the modern hadron collider experiment. The Run IIb Level 1 Calorimeter Trigger Upgrade for the DØ Experiment at the Fermilab accelerator was designed to meet the challenges of triggering at the high instantaneous luminosities that are being delivered during Run IIb. The upgraded Level 1 Calorimeter Trigger utilizes energy measurement information from the DØ liquid-argon sampling calorimeter. It uses "sliding window" searches to find local maxima of transverse energy. These cluster maxima allow a much larger fraction of jet energy to be included in the jet trigger objects because their size is better matched to that of a jet than the fixed trigger tower, as was used in the previous trigger. The York DØ group developed the C++ simulation of the L1 Calorimeter Trigger, which allowed experts to commission and debug the hardware and algorithms and allowed physicists to design L1Cal2b triggers and predict their efficiencies and rates. We also created and maintained an online monitoring tool that displays histograms of the L1Cal2b data in real time in the DØ control room. 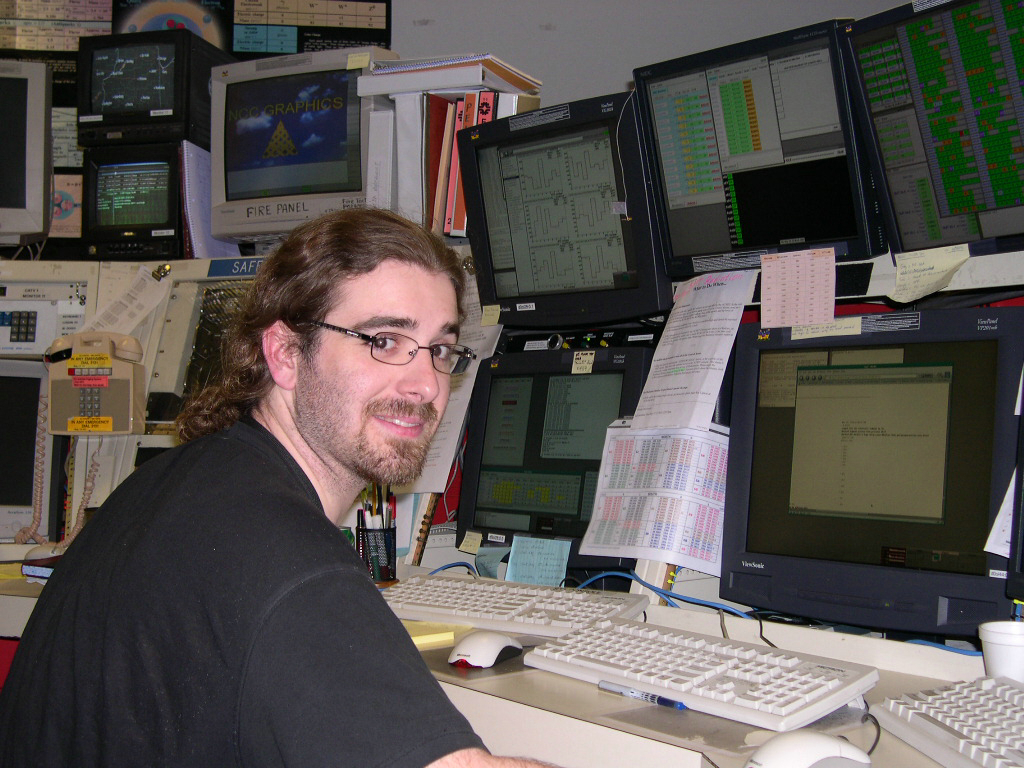